This was written by a Guest Blogger...please visit her blog, too, and say "Hello!"

One Christmas about four years ago, our oldest son and his wife were talking about having a baby. All three sets of parents (his two blended sets and her one) were a little leery. They were a young couple just starting out in life and we tried to convince them to wait as long as possible. Well, a few short months later they made their announcement that they were pregnant.

While I wasn't surprised, because they'd been talking about it for awhile, the sudden realization that I would be a "grand" mother scared the beheejies out of me! For years I'd been talking about how wonderful it would be to be "old" someday and say and do whatever I wanted with no recourse. Well, old was NOT 40-something in my mind, it was 80-something, but didn't becoming a "grand" mother mean I was old? BigRigPig went through his own "grand" realizations and both of us finally got to a point where we were excited. 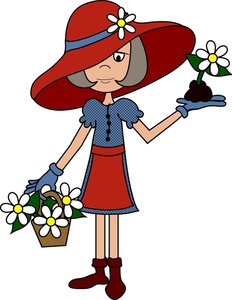 I didn't have any living grandparents as a child, so I didn't know what their purpose was. But here are a few things I've learned about what being a grandmother is all about!


Mom to five, wife to a long-haul truck driver… fat and happy am I!! Always looking for recipes that store well on the truck or even for camping.